Bad Bunny fans must be the most creative fans ever. From the crave of Bad Bunny concert tickets, his fan has created countless memes to express their emotions towards the expensive Bad Bunny tickets.

If you are also a fan of Bad Bunny, you must have grown familiar with his bold outfits. The Puerto Rican trapero stands out from trap en espaol’s more monotonous fashion trends because of his love of vivid prints, Supreme headwear, and impressive shaved graphics. This is part of the reason he has been dubbed the genre’s poster boy. Additionally, it explains why so many individuals believe he resembles inanimate objects and fictional characters.

Born on March 10, 1994 in San Juan, Puerto Rico, Benito Antonio Martínez Ocasio (also referred to as “Bad Bunny”) is the descendant of a truck driver and a former school teacher. He is famous for a mix of unique, genderless style in fashion and deep vocal slurs.

He works as a full-time singer and songwriter throughout his musical career. He has contributed to the increased popularity of reggaeton and trap music with his passion. Bad Bunny’s urban music style included elements of rock, punk, and soul in addition to the Latin trap genre for which he is best known.

As a young Latin artist, Bad Bunny has collaborated with many huge celebrities, including J Balvin, Zunna and Daddy Yankee. In 2017 his single “Soy Peor” went into Top 10 on the Hot Latin Song chart. The rise in star fame continued with his rap-related partnership with rapper Cardi B as well as Drake for Billboard hit songs.

These hits have become less popular in a way, but the name Bad Bunny still remains on the Billboard music chart. That proves just a thing, the Puerto Rican artist has more to offer, come Bad Bunny tour to find out for yourself. 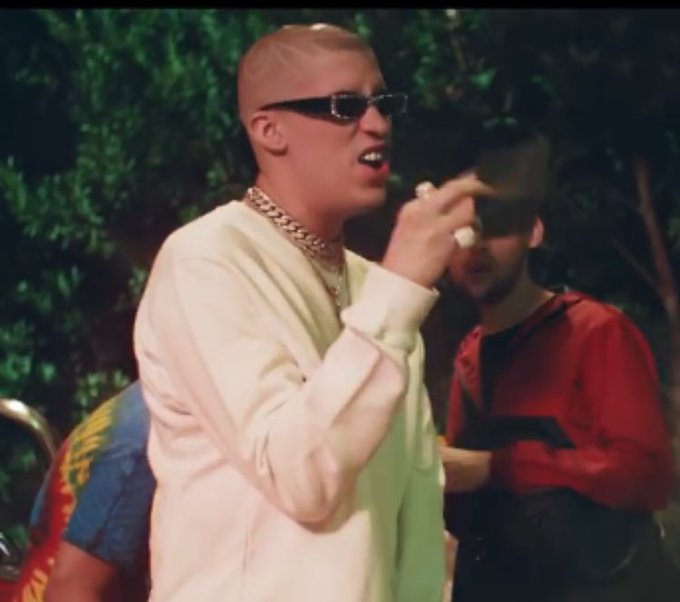 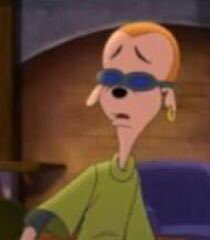 This is among many mems of Bad Bunny that was posted on Twitter. The fact that Bad Bunny appeard in an eccentric pair of glasses, having bald head and acting as if he is high has made his fans thought of Bobby right away. It just makes sense to say that Bad Bunny is a live action verson of the Disney cartoon character. 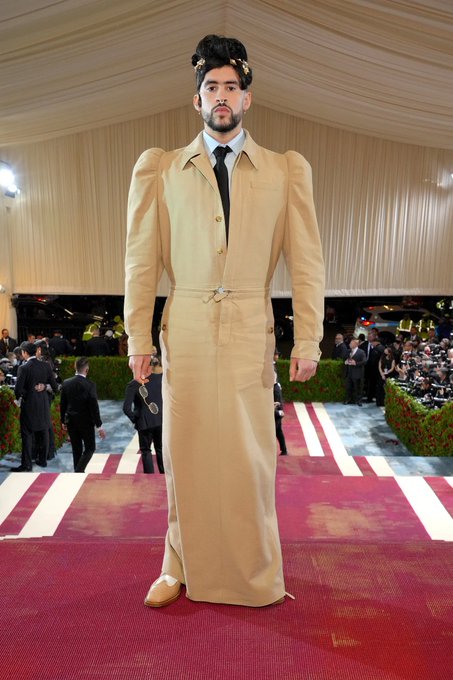 “In America: An Anthology of Fashion” served as this year’s Met Gala’s theme. While some celebrities garnered attention for the right reasons, the appearances of others gave rise to hilarious memes on social media, including Bad Bunny himself.

Bad Bunny, the 28-year-old Puerto Rican rapper, made his Met Gala debut in 2022 wearing a Burberry outfit from head to toe. He also had a disheveled bun and jewel-encrusted hair accessories. Unexpectedly, he chose a boilersuit as the centerpiece of his Met Gala look.

“Risking it all for Bad Bunny concert tickets” meme

Risking it all for Bad Bunny meme concert tickets

Back in April 15th, 2021, Bad Bunny fans were up all night hunting for tickets to the “El Último Tour del Mundo” concert. When they realize that Bad Bunny sell his concert tickets at the such a high price, and yet still sold out after minutes, fans have came up with the funniest memes ever.

Through Twitter-shared memes, fans of Bad Bunny showed sign that many of them can’t seem to afford his concert tickets. But still, the money spent for Bad Bunny concerts is never a waste. If you can’t buy his tickets now, then just wait until the prices are low. Then you can explore the spirit of Bad Bunny’s music at his own concert.

“A summer without you” new album memes

In A summer without you, Bad Bunny has collaborated with many artists of different genres, namely The Marias, Buscabulla and Bomba Estéreo. He also shared the credits to the urban artist Jhay Cortez. With the arrival of his new songs, many Mexican fans showed their love for the artist the best ways possible: making clips, sharing pictures and filling the social networks with memes.

The artist is currently on tour across 14 countries and has 38 upcoming concerts. The next Bad Bunny’s concert starts on December 13 and tickets to visit Bad Bunny can be purchased on January 28th.

You can find Bad Bunny ticket prices for as low as $150.00, with an average price of $225.00. However, the prices can vary widely depending on where you want to seat. For example, floor seats in the first five rows can be quite over-the-top expensive.

His “El Ultimo Tour del Mundo” show in New York hase been reported to cost anywhere from $550 and $2900. The resale market is also a huge contributor to price inflation these days. So if you want to find tickets that are affordable, make sure to buy from authentic distributors.

The above article has helped you understand more about “The best of Bad Bunny meme after the World’s Hottest Tour”. If you want to buy yourself the gifts that Bad Bunny gives to fans like T-shirts, Hoodies, Phone cases, … then visit badbunnymerch.us to buy now!

Tags:
bad bunny
Newer How much are Bad Bunny tickets
Back to list
Older Bad Bunny’s net worth

Due to the participation of the hottest artists right now, the Super Bowl Halftime Show is among the most regular performances of the y...

END_OF_DOCUMENT_TOKEN_TO_BE_REPLACED

Where is bad bunny from? And other interesting facts about Bad Bunny

Bad Bunny is the Latin artist of reggaeton, trap and pop. Throughout his career, Bad Bunny has also played the role of and dancer. Afte...

END_OF_DOCUMENT_TOKEN_TO_BE_REPLACED

Who is Bad Bunny?  Bad Bunny is the nickname of Benito Antonio Martinez Ocasio, a thriving Puerto Rican artist and singer. Th...

END_OF_DOCUMENT_TOKEN_TO_BE_REPLACED

This May, Bad Bunny completely dominates the Billboard charts, as his new album Un Verano Sin Ti easily debuts at No. 1, with all of th...

END_OF_DOCUMENT_TOKEN_TO_BE_REPLACED

Rapper, singer, and songwriter Benito Antonio Martnez Ocasio is from Puerto Rico and goes by the stage name Bad Bunny. Bad Bunny has wo...

END_OF_DOCUMENT_TOKEN_TO_BE_REPLACED

How much are Bad Bunny tickets

If you are an inexperienced music fan, buying tickets for live performances can be a stressful nightmare, sometimes riddled with disapp...

END_OF_DOCUMENT_TOKEN_TO_BE_REPLACED

Who is Bad Bunny?By 2022, The Bad Bunny's total net worth had grown to $18 million. Puerto Rican singer and performer Bad Bunny s...

END_OF_DOCUMENT_TOKEN_TO_BE_REPLACED

Do you know that the stage name Bad Bunny of Benito Antonio Martínez Ocasio, the king that dominates Spotify today, comes from a childh...

END_OF_DOCUMENT_TOKEN_TO_BE_REPLACED

Bad Bunny is the composer of many hits on the Hot Latin Songs chart. Thanks to his parents, his talent and passion for music have forme...

END_OF_DOCUMENT_TOKEN_TO_BE_REPLACED

Bad Bunny Background: Everything You Need To Know

"Bad Bunny" - have you ever seen this name on the music charts and wondered who this is? Why is Bad Bunny? Why do Spanish songs have su...